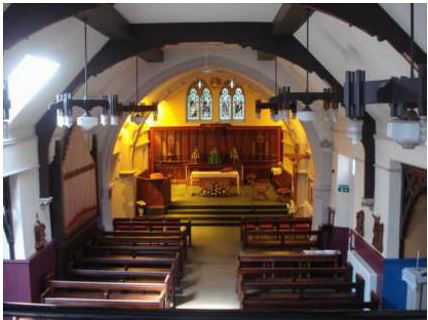 Dewsbury prospered from about 1870 with the arrival of large textile mills and the railway.  The school, with  its  own chapel,  was opened  in 1881 by Fr Kenny.  The architect has not been established, but Edward Simpson is a possibility; at any rate it was Simpson who substantially enlarged it with the addition of a sanctuary in 1914. From 1914 the church operated independently from the school, which closed around 40 years ago.

The church is a small stone-built structure with a low-pitched slate roof. The west extension is raised above a classroom space with large semi-circular brick arches. The north wall has inset windows and the east wall windows and a door. The extension has a stone buttress to the east wall and roof lights to the sanctuary, both added in the second half of the 20th century. The school building adjoins the centre of the church (the school and chapel originally formed an ‘H’ plan). The hall building faces Naylor Road and is of two storeys. Raised bellcote to north gable. At the south end of the east wall is a doorway, the former entrance to the chapel (which led via steps underneath the hall to the internal courtyard). Above this a small canopied recess which once housed a figure of St Joseph.

The exterior wall of the (liturgical) west end has a tall pair of Gothic windows, now blocked with stone. 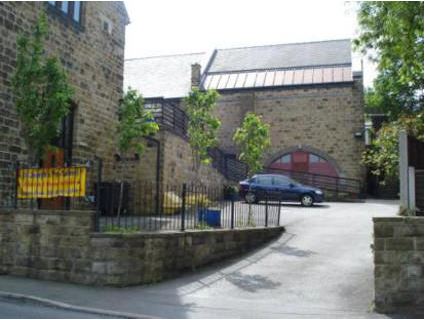 Today the church is entered through a northeast porch, via a stone and concrete ramp built in the 1960s. The interior is long and narrow and painted white, with some coloured areas to lower walls. The old chapel has a simple wood beam structure, the 1914 extension is defined by squat Gothic arches which are rendered in white.  There are two side aisle arcades formed of ornate wooden bracing. One space houses a repository and a Victorian font (brought from St Paulinus), the other has a side chapel and doors leading to the school. The organ is located immediately opposite the entrance. The vestry is in the northwest corner, originally entered via a separate external porch, now longer in use. There is a late 20th  century gallery with spiral staircase at the (liturgical) west end. The sanctuary is raised by three steps (boiler room and classroom below). 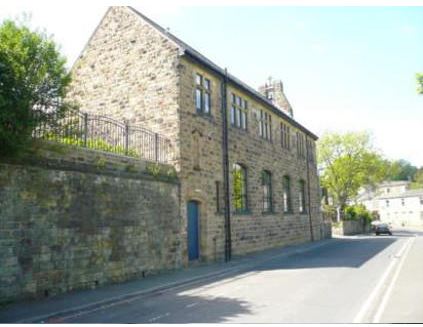 Fr William Hayes commissioned the Lady Altar and Altar of St Joseph in 1918-21. In 1931 the stained glass east windows, featuring four saints and two quatrefoil angels, were paid for by subscription. The church has a variety of pew types, all of which appear to be 20th century. The pulpit dates from the 1990s and is dedicated to the church’s  recent  donor  with  the  inscription:  Gwen  Cockrem  /  1910-1993  /  In  /Gratitude. On the wall of the gallery is a fine blue and white ceramic roundel of the Virgin and Child with seraphim, in the style of della Robbia.

This site collects data to provide you with the best possible experience. Indeed, we collect the way you browse the site but only anonymously for analysis purposes. Click here for more information.
OK